July 5:
During the day, I notice mild pressure waves that are very random. Some may be a few minutes apart, others may span an hour or two. I think nothing of it, other than “this could be the start of something, but I really think it’s just prodromal labor that’s just getting my body ready” and I went on about my day. Late afternoon I got home and told my husband, Hunter, I was having pressure waves and that I wanted to go take a bath and relax while he fed our daughter, Mary Joyce, dinner and gave her a bath.

I started timing pressure waves in the bath, and noticed they were becoming more regular. I listened to a few hypnosis tracks to help me relax but started to get uncomfortable lying down. I felt like I needed to walk around, and pressure waves felt more manageable standing up with my hips swaying. The next several hours are a little blurry. Pressure waves were getting more uncomfortable, but still did not meet a regular pattern so I was confused if it were true labor or not (I really used the light switch here).

Around midnight we called Roxanne (our doula) because I told Hunter to “just do something, anything!” (LOL!) She wanted to come over, even though I thought she was jumping the gun and coming too early. At this point, Hunter was applying counter pressure to my tailbone during every pressure wave (so helpful!!).

July 6:
Roxanne got here around 1am and suggested another bath since that seemed comforting to me. I labored in the bath a while and started to involuntarily “push” at the middle of pressure waves. Roxanne called the midwife and told her we were going to be coming soon.

Even at this point, I thought we were going too early! I got out of the tub, got dressed, and started walking down the hallway- immediately I had to run back to the bathroom to throw up! THEN I was finally convinced that I must be pretty far along (looking back, I was probably in transition!).

We arrived to the hospital around 2:15am. I walked into triage and my water broke right outside of the room we were going into (around 2:25am). Sharon checked me and I was 8cm! The nurses joked about not having the baby right there and I told them I could not help but push during every pressure wave. They put me on another bed and literally ran me down the hallway to our labor and delivery room. Someone was filling up the tub- I really wanted to get in because I thought it would help with discomfort. They put me in another bed, checked me, and I was completely dilated. Sharon (midwife) told me I really needed to push, that he was almost here, and there was not enough time for the bath! I honestly did not believe her! Hunter looked at me and told me that the baby was so close and that Sharon was not exaggerating! They rolled me to my side and helped me grab hold of my legs and I pushed like there was no tomorrow. It was amazing how during every pressure wave my body just knew exactly to do! I’m not going to lie, it was not comfortable at all- but Roxanne kept repeating the “release” cue and that helped remind me not to hold my breath and to surrender. There were numerous times I exclaimed that I could not do it any more, and everyone around me was so reassuring and that made such a difference.

After only 10 min of pushing, baby’s head was out!! I rested for another 45 seconds, and then pushed out his shoulders. He was finally here at 2:50am!!! I was in disbelief about how quickly it all happened once we arrived at the hospital. Less than 30 min from walking in the door. We joked that if Roxanne were not at home with us to recommend going to the hospital, that Hunter would have caught the baby at home! Total birthing time was around 8 hours- that is so different than my daugther’s birth!

Benefits of unmedicated birth:
Sanford was so alert and started nursing only 10 min after being born. This was amazing to me because we had such a hard time getting my daughter to latch (epidural birth, so she was so lethargic for a while after being born). And ever since, he has been breastfeeding like a champ. I am also amazed at my quick recovery. Of course my bottom is sore, but I was able to stand up and walk around immediately after giving birth. The nurses could not believe I had just had a baby!

Benefits of Hypnobabies:
Here is the nitty gritty truth: during the end of labor, I felt like the discomfort was becoming unbearable. But Hypnobabies helped remind me that my body knew what to do, and I think it helped my subconscious to remain calm even when I was feeling panic creep in. I did not listen to tracks the whole birthing time- only in the beginning. However, the practice in the weeks leading up to it helped get my mind in the right place. 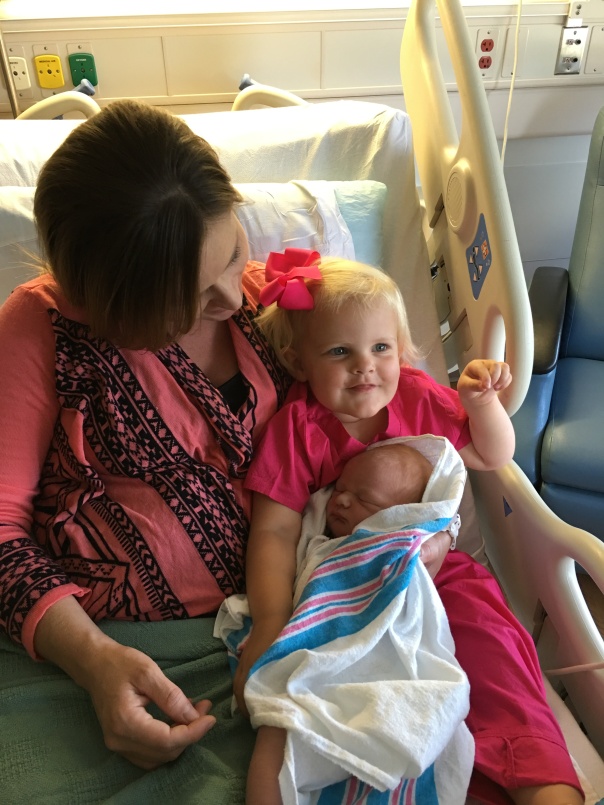