I went in to see my doctor for my 40 week check up this past Thursday. Thus far my pregnancy had been perfect with no complications. As I was “overdue” (whatever that means) we did a non-stress test and a BPP [editor’s note:  biophysical profile].  Despite all my efforts, my “labor nurse” self glanced over at the paper strip of baby’s heart rate…I insisted I would not play nurse in a “mama” role… Nonetheless I didn’t really love what I saw. It wasn’t “bad” but it wasn’t great either. My doctor agreed and we did the BPP. Baby didn’t score great on that either, just “average” and my doctor wanted to induce me the same day. I skirted around her suggestion and instead agreed to a membrane sweep and to repeat the test in the morning.

Up until this point I had been to acupuncture treatments as well and drinking a lot of herbs and teas. So we swept, I walked and walked and walked and prayed to go to bed waking up with pressure waves. No such luck. Instead I woke up panicking at 5:30 am scared of being induced. It’s all the things I did not want. So I cried for a few minutes, listened to the Hypnobabies fear clearing track, prayed a little and felt much better.

I woke up, got dressed, and went to my doctor’s appointment.

After a second BPP little man still didn’t “score high enough” and the results were actually not as good as the day before. So I called Andrew, who was at work, and told him the new plan. We then went to get chicken and waffles (mmm) and checked into the hospital a little after lunch around 1 pm.

We started with a cervical ripening balloon at 1cm dilation. I started playing all the Hypnobabies affirmations and birthing day tracks with my headphones on, curtains pulled, and I was going to rest as much as possible. It was cloudy and a little dreary outside so that helped. I was able to rest and a quick four hours later the balloon came out. My doctor checked me and said I was 6 cm! I was expecting 4 as that is pretty typical and I wasn’t really in my birthing time at this point because I felt like I was just hanging out in the hospital room.

The doctor really wanted to break my water but I put her off an hour as I felt like this would really amp up things (maybe too quickly) and I wanted to ease into my birthing time. I also did not want a time table! Throughout the night my amazing nurse kept pushing her off and coming up with excuses as to why we shouldn’t or why I didn’t want to go that route. (spoiler alert! She never got the opportunity to break my water!)

So then…the Pitocin. It took about 3-4 hours for my pressure waves to really become effective and to help this little guy come out. But, I continued to listen to my hypnosis track continuously and a couple hours later I progressed to 8 cm. I was still very comfortable, at ease. Although I listened to the tracks, I only wanted to listen to the first stage track the entire time.

Then things started to really intensify but were still incredibly manageable until about 11:45 pm.

At around midnight I was on the floor between a mattress and a ball and I started the “I can’t do it” talk. and told my nurse, “no…i really can’t” so she called anesthesia in case I wanted an epidural after about 10 minutes of reassuring me and putting me off about requesting an epidural. My husband and my nurse were very good at redirecting at that point! When my nurse left the room I started pushing.

So my doctor came in to check me and as I stood up I felt Jake drop and I felt my bag of waters very very low. I literally told them my water was going to break and as I said it, it did! I continued to push and found out I was 10 cm and baby was almost crowning!

It was absolutely the best experience of my life and would do it again tomorrow. 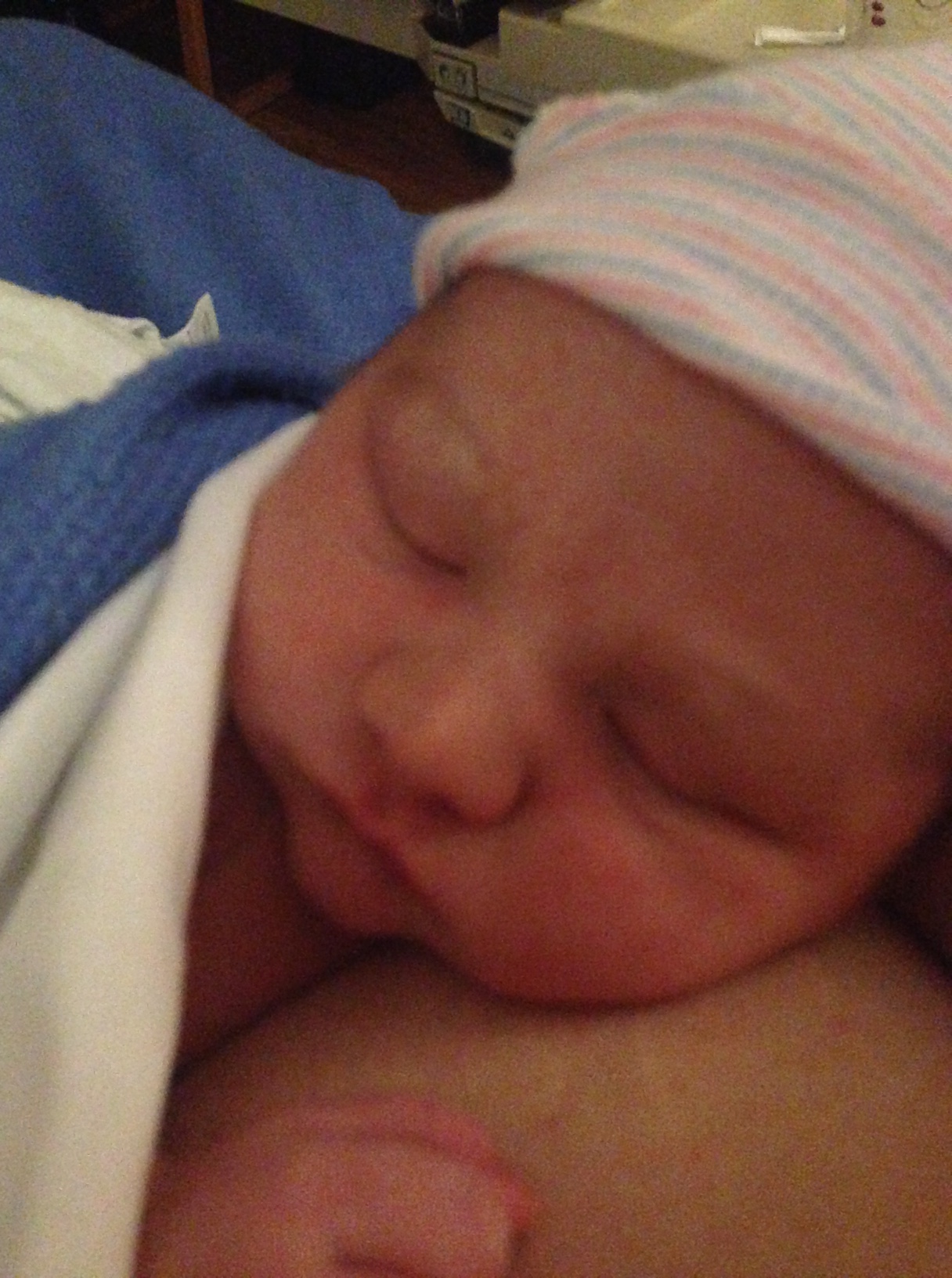